As you know Oracle has been chaned release name. In this post we talk about Oracle Realeases. 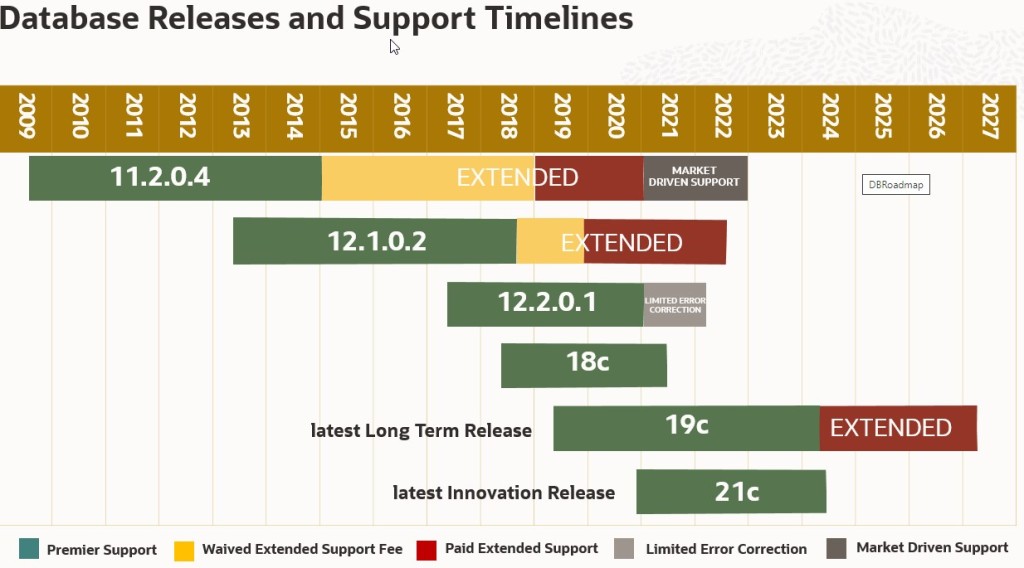 As you can see you need to be at 19c in that point. So What Happened to Oracle Database 20c?

So than next quesiton, What Happened to Oracle Database 22c?

You can then stay there

Oracle have announced there will be no 22c release, so the next release after 21c will be 23c, which will be the next long term release.

This function has none of DETERMINISTIC, NO SQL, or READS SQL DATA in its declaration and binary logging is enabled (you